When DJ and nightlife entrepreneur Ty Sunderland created his flagship gay party, he envisioned stripper poles—an homage to the music video for Britney Spears’ 2007 single “Gimme More.” “But no strip club was going to let a gay promoter come in on a Friday night in New York City,” Sunderland recalls. “I asked if I could install stripper poles on the dance floor at China Chalet, and they said, ‘Yeah, totally.’ That’s how Heaven on Earth started.”

One of the most beloved queer events in New York City in recent years, Heaven on Earth would also rank among the last of the great parties thrown at China Chalet, which shuttered last  month in the wake of the COVID-19 pandemic. Opened in 1975, the two-story Cantonese dim sum restaurant was the last of its kind in many ways. For one, it was one of the only remaining full-service, multi-room dim sum banquet halls in the Wall Street area, but most famously, it was one of only DIY party venues in Manhattan where New York City nightlife could be everything it’s been promised to be since Studio 54: liberating, inclusive, and spontaneous.

It’s unclear when, exactly, China Chalet started moonlighting as a nightclub, even to those who worked there toward the end. (Following the venue’s closing, owner Keith Ng has declined to comment for press.) Alex Kellogg, the venue’s party booker at the time it closed, says he’d heard of parties rumored to have been thrown there by Madonna in the 80s, but that the venue’s most prolific era began in the late 2000s. In the last decade, the venue was visited by the likes of the Olsen twins, Timothée Chalamet, and Jay-Z—plus, pretty much any young person who went out in New York City.

“Anyone could come, and you could do anything you wanted,” Kellogg recalls of his first impression of the space, at a party thrown by _Sex Magazine_’s Asher Penn in 2013. “There was no one specific ‘genre’ of people. It wasn’t like when you went to a Bushwick party and you didn’t look DIY techno, so they didn’t accept you. Skaters could show up in ripped jeans, and then Alexander Wang could walk in behind them. And they’d be on the same level. Or you’d see Chloe Sevigny there, dressed in a bucket T-shirt and jeans drinking whiskey at the bar.” 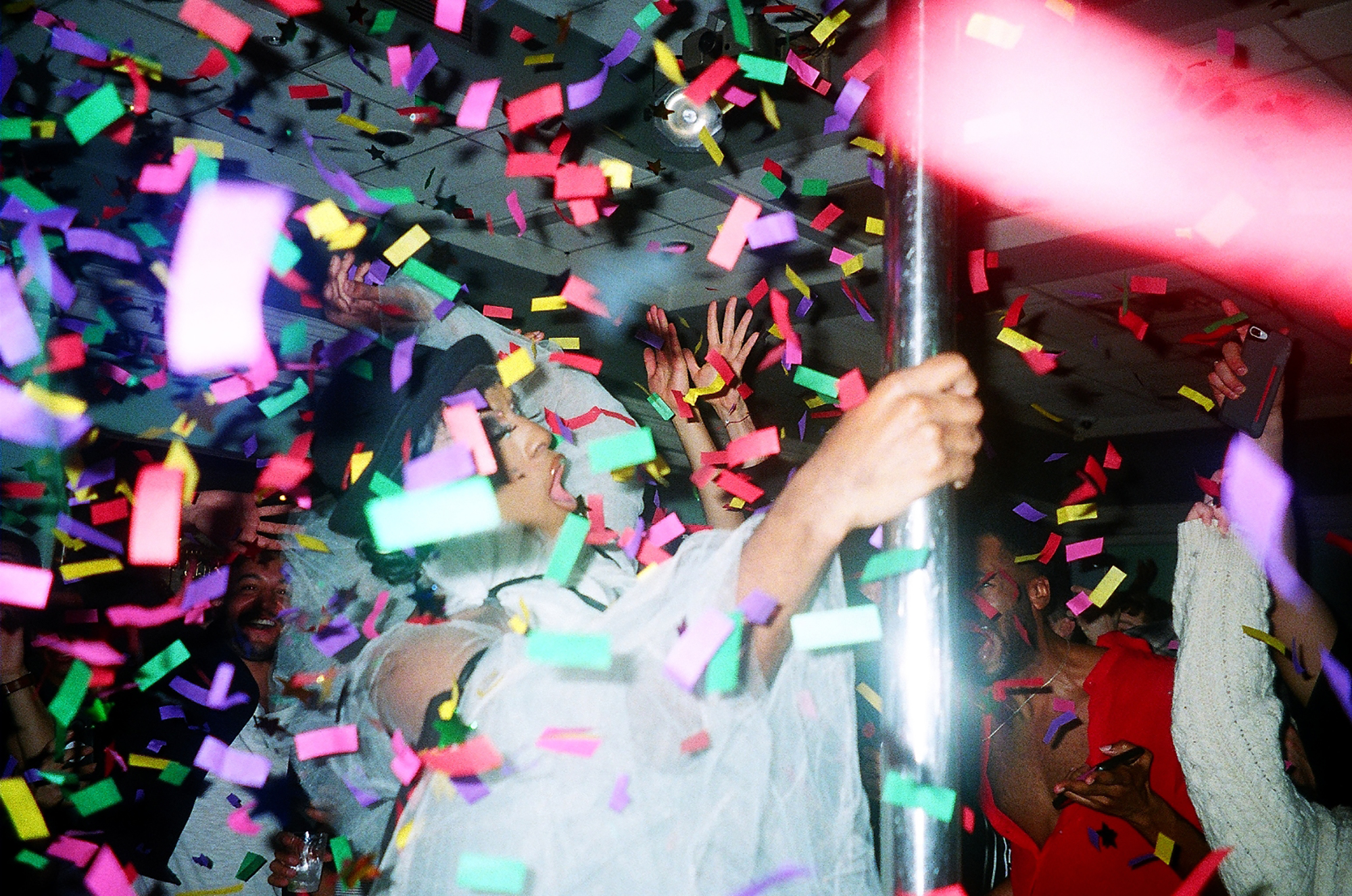 The end of the aughts was an inflection point for nightlife. As the moment of downtown stalwarts like Beatrice Inn and Bungalow 8 began to fade in 2009 amid the backdrop of the financial crisis, the city’s cool kids decamped to various new stomping grounds, from old-school holdovers like Indochine and Lucien to warehouses in far Brooklyn. In Manhattan, temporary pop-up arrangements helped party-throwers find loopholes around the city’s draconian nightlife laws.

By 2011, the New York Times waxed of China Chalet’s instantly recognizable “chintzy floral carpet and pagoda paintings” in a trend feature on fashion-and-art–scene pop-up clubs, which also included Madame Wong’s, an exclusive party once hosted in the Chinatown establishment Golden Unicorn. The same year, The Observer documented an indie film after-party at China Chalet with an attendance of “ex-pat jet setters, debauched hipsters, and local lowlifes.” And the fashion house Opening Ceremony collaborated with homegrown psych rock band Gang Gang Dance for an album release party at the restaurant.

Curtis Everett Pawley, musician and co-founder of the party-label 38 NYC, recalls seeing China Chalet for the first time at that Opening Ceremony party, noting that in the mid 2010s, the venue evolved from a fashion insider hideaway to a mainstay for local electronic music fans. In 2014, Pawley met Kellogg at the China Chalet while the latter was hosting a New York City offshoot of London’s experimental JACK댄스 party featuring performers like Doss and Stadium.

“I don’t know how to describe the scene at JACK댄스—it was just a lot of people from the internet,” Pawley says. “But it was distinctly different from a warehouse party and other electronic DJ-oriented underground stuff that happened in Brooklyn. There was a Manhattan contingency that didn’t really venture into Brooklyn or maybe weren’t even into electronic music. The crowd was more diverse.”

Part of this broad appeal had to do with the functional and physical layout of the space. For first-timers, China Chalet would reveal itself one part at a time, starting with a steep entry stairwell that led into a main dining room, for lounging and gossipping, and finally through a mirrored hallway onto a packed dance floor—which was notoriously known to shake under the weight of hundreds jumping in unison. Then, there was the venue's far-flung location, which only contributed to its off-the-grid allure. And of course, there was the marvelously relaxed policy on cigarettes and other typical club contraband.

“There was an air of freedom that everyone just instantly knew,” Pawley explains. “If you had even been there once, you understood it. It was a weird oasis away from the typical nightlife setting. Our parties were all over the map—it wasn’t ever pure techno or house. We didn’t want to overly aestheticize them to curate any certain crowd.” 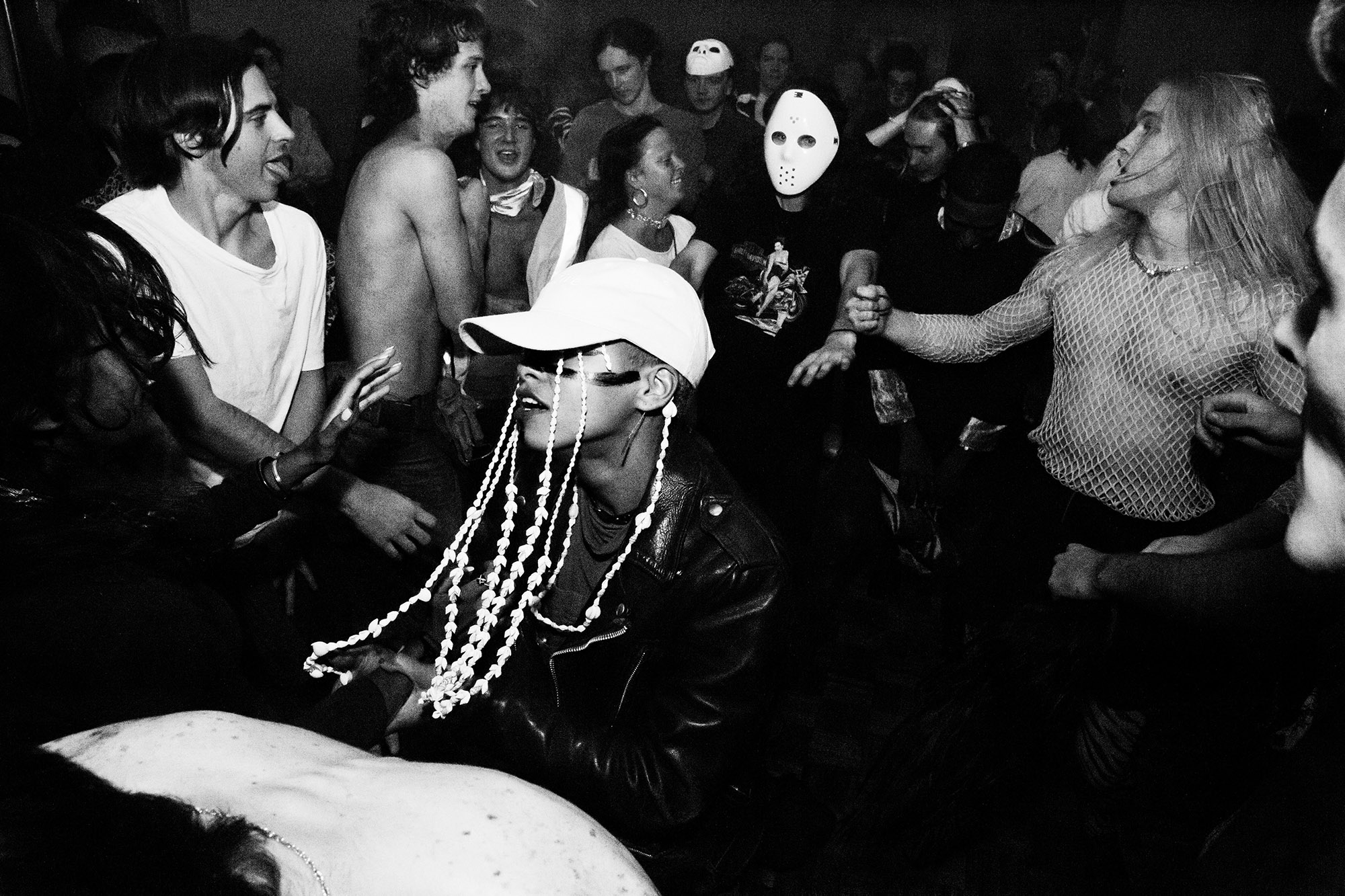 In the late 2010s, such a blank canvas would attract an increasingly diverse cast of revelers, spurred on by a new guard of social media-powered creative voices in the city. Nightlife photographer Megan Walschlager recalls visiting China Chalet for the first time to attend Club Glam, the fashion it-kid affair launched in 2016 by the powerhouse collective of DJ-artist Dese Escobar and siblings, celebrity stylist Kyle Luu, and influencer Fiffany Luu. Escobar told the Times earlier this year that the trio wanted to create a party that was distinctly “post-identity, meaning that it’s not strictly queer or straight, young or old.”

“Club Glam was iconic—I remember they threw a ‘granny ball’ and people over 30 got in free, which I always found wonderfully funny,” Walschlager says, adding that there was a built-in sense of community at Glam. “People felt more at home at China Chalet because the venue let party planners use the space as their canvas, so everyone felt very relaxed. Security was pretty chill, and it was easy to get a drink at the bar, so it felt more communal.”

During its three-year reign, Club Glam was a pioneer in its own right, offering a fresh approach to nightlife that united identities and industries without conforming to their norms. Themed events were announced just a few days ahead of time, and lines frequently rounded the block. The party’s organic aggregation of interdisciplinary creatives often draws comparison to the long-gone clubs of New York City nightlife’s storied past.

The venue’s reputation in the queer community was further mainstreamed by the 2017 launch of Ty Sunderland’s Heaven on Earth, which drew the likes of RuPaul’s Drag Race winner Aquaria, Balmain creative director Olivier Rousteing, and transgender pop icon Kim Petras. (As Sunderland retells it, the latter once famously grabbed the mic for an impromptu performance of her latest single.) The party would continue through 2020, with its last iteration taking place in February.

To this day, Sunderland credits the owner, Keith Ng, for his open-mindedness in allowing the party to thrive. “From 10 p.m. to midnight, we got to live our stripper-pole fantasies—no questions asked,” Sunderland says. “There were 400 gay men there on a weekend night. That’s hard to find in New York City in most places unless they’re LGBT establishments.” Kellogg, who first introduced Sunderand to Ng, adds of the China Chalet staff: “The coat-check girls would say, ‘Oh my god—there are so many pretty boys running around.’ They loved it.” 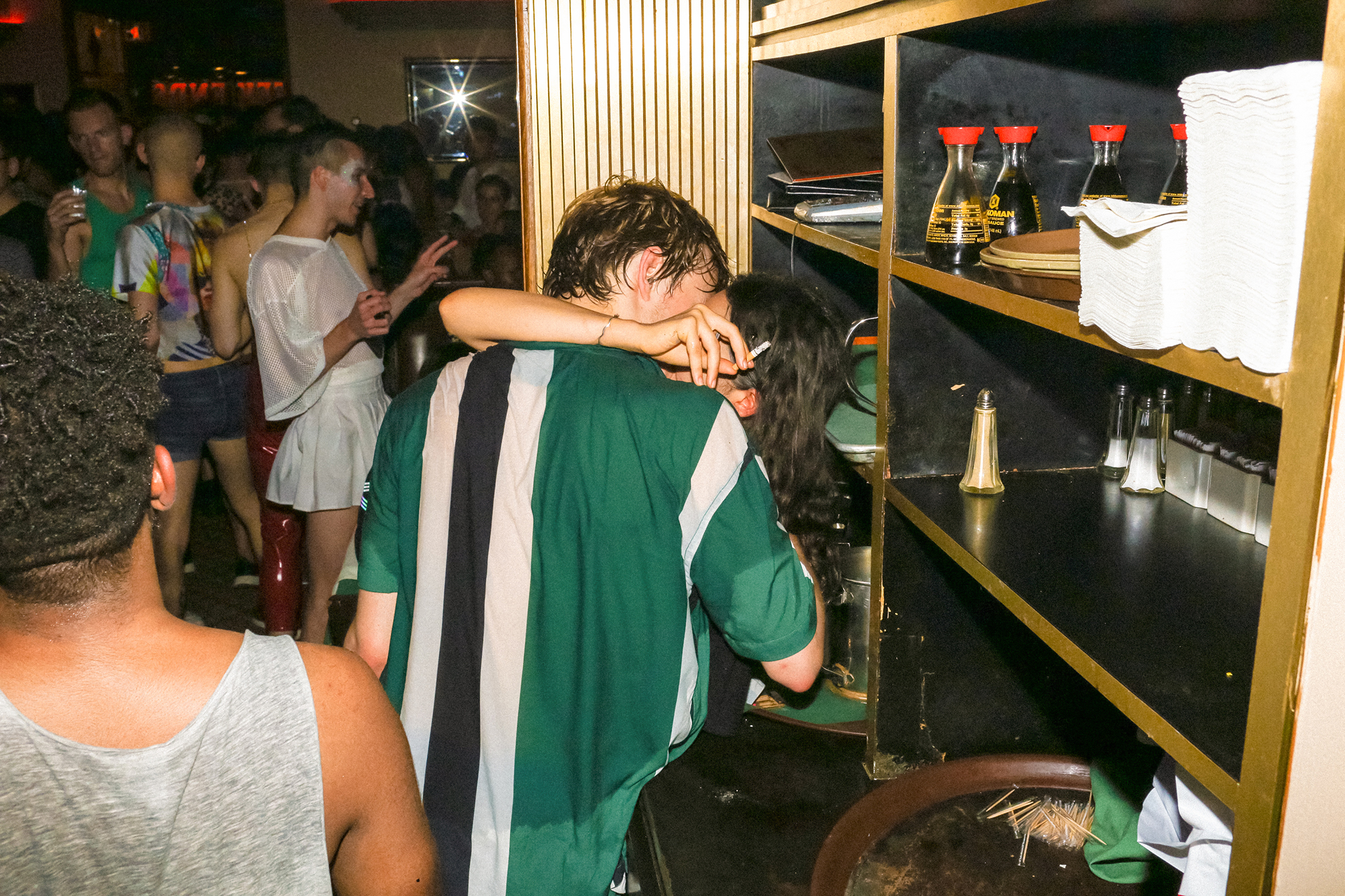 For young queer people, including queer people of color, Sunderland’s party filled a much-needed void in gay nightlife far from the insularity of Hell’s Kitchen. Sunderland’s hosts were predominantly performers, artists, and partygoers of marginalized identities, explains drag queen Ruby Fox, who was known to captivate the dance floor at Heaven on Earth with an acrobatic routine between two stripper poles.

“The artistry I push out into the world comes from the emotions I pull from people around me,” Fox says. “At China Chalet, in such close quarters, it was really exhilarating because I’m getting so much energy and so many positive vibes, whether that was spiritual or just a brain thing. But I would feel the wavelengths off of people to the point where I’d be like the Energizer bunny.”

As COVID-19 brings an untimely end to tens of thousands of restaurants and bars across America, it’s hard not to feel as though a chapter of nightlife has closed. And while restaurants and other food purveyors are struggling to lobby for assistance, nightlife proprietors have even fewer options to obtain funding. That’s not to mention the thousands of freelancers and gig workers—performers, DJs, and party planners—who make their living by creating these spaces for community and expression.

“It's funny—when quarantine hit, all of us who work in live music were all stressed about how our venues were going to stay open,” Pawley remembers. “I remember thinking, ‘At least we’ll always have China Chalet.’ That’s why its closing is such a hard blow. I really thought it would be the last thing standing.”

But while China Chalet deserved a more fitting end—maybe one final party to commemorate its legacy—Pawley says what made it special is the creativity it fostered and the connections it created. “To this day, I met so many of my closest friends at China Chalet,” he says. “We’re all still friends. I really believe all the people in New York City are what made the parties great. I don’t think that energy will die.”

7 Fashion Girl-Approved Trends That Will Earn You Major Compliments

42 Necklaces That Have Won The Internet (And My Heart)

7 Fashion Girl-Approved Trends That Will Earn You Major Compliments